Can I text my last will and testament? 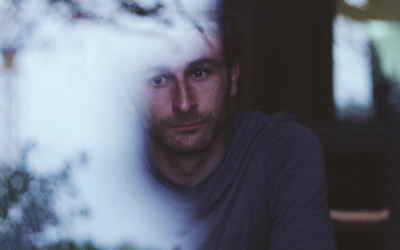 We do so many things on our smartphones: we shop, we bank, post pictures, order food, we text to stay connected with friends and family. Now, in some states, you can add “create a will” to that list.

Let’s say you find yourself in a life-and-death situation. You grab your phone and quickly text a message that begins, “This is my last will and testament…” followed by who you want to receive your prized possessions. At the end of the message you type your full name and press ‘send’. Is that considered a valid will and will your final wishes be carried out?

The answer is less clear than a simple ‘yes’ or ‘no’.

Wills have been around for more than 2,000 years. Decades before digital documents existed several states revised their inheritance laws to accept wills that were videotaped. So, it seems a natural evolution that they would accept wills transmitted via text. Except that’s not always the case.

If you live in one of the 18 states that have adopted the Uniform Probate Code you may have a shot at the texted will and testament holding up in court. They are much more flexible about accepting unconventional wills, provided they meet basic requirements.

Ohio, is NOT one of those states. If you live in the Buckeye State, it’s going to be much harder to have a texted will and testament hold up in court. In fact, more and more often, courts are ruling that texts are NOT a valid will and testament. Recently, a French court ruled that a text message of someone’s last will actually has no legal value.

Last year, a man named Karter Yu committed suicide immediately after texting his final wishes to a few close individuals. The Australian court upheld his will as valid.

In the case of Yu, he took several critical steps:

1. After writing his will, he typed his name at the bottom.

3. Each message had a time & date stamp proving that they were completed just before his death.

Was the message just a rough draft? In Yu’s case, since all of the texts were written and sent at approximately the same time, this lent credibility to the fact that he intended for this to be his final will and testament.

There were no witnesses attesting to his intentions. Had it been contested, who knows how his final wishes would be carried out. Traditionally, a will is signed in a “public” ceremony, where two unrelated individuals bear witness to the signing and attest to this in writing. Witnesses are critical if a will is contested. Which they more often are, especially if there’s a substantial amount of possessions or funds being passed down.

These days, since many of us are comfortable with digital documents, it’s tempting to simply text your own will. It’s certainly not an approach I’d recommend.

Moreover, if the assets involved are significant, there are tax-planning and asset protection issues to address. Laws change and with caring legal guidance, estate planning is a smooth and easy process.

Why leave it to chance? Contact estate attorney AmySue Taylor to get started.